How energy efficient is 5G?

5G rollouts will need to coincide with new infrastructure and operating norms to reap their full potential.

The adoption of fifth generation (5G) telecommunications technology began in 2019 and has been hailed as a panacea for the ills faced by everything from mobile data plans to the Internet of Things (IoT).

5G certainly promises substantial boosts to data transmission rates, but to invert Uncle Ben’s warning to Spiderman – “with great responsibility comes great power” – power consumption that is. On paper, 5G promises to offer 10,000 times the data traffic at a flat cost and with flat energy use.

The mobile telecom industry has pledged to become net-zero by 2050, and 5G specifications call for a 90% drop in energy use (per unit of data transmitted) compared to 4G. These promises sound great, but 5G is still in its infancy and the constraints of existing infrastructure and design undermine these sweeping pledges.

The major improvements that 5G promises are firstly, the use of millimeter-wave ranges, which allow for directed beams of communication which save a lot of energy.

This means that instead of bathing an entire area in radiation, 5G can localize data transmission over short ranges, a targeted approach sort of like a spotlight following you around as opposed to lighting an entire area. The second is a major increase in communication speeds, which will aid the development of autonomous systems and vehicles (reducing lag), and the spread of IoT devices, which opens up whole avenues of innovation and optimization.

“[5G is] the most impactful and difficult network upgrade ever faced by the telecom industry.” – Business Insider

5G proponents argue that the technology will have a knock-on effect on the wider economy as more monitoring and smart sensors will allow for better energy stewardship.

Video conferencing, working from home, and other trends can also piggyback off of the 5G bandwidth bonanza, with these various knock-on effects potentially leading to a 15% reduction in global emissions, more than the combined emissions of the EU and USA, according to Arun Bansal, president and head of Europe and Latin America, Ericsson.

The information and communications technology (ICT) sector is responsible for 2-3% of global emissions – a number that is expected to increase to 7% by 2030, driven in part by 5G adoption.

The number of 5G connections is rising by an annual rate of 217%, and by 2025 there will be approximately 100 billion ICT connections (40 billion of which will be IoT sensors). Cellular data traffic is set to increase six-fold in developing countries and triple in developed countries over the next decade.

And when a new standard is introduced (such as moving from 3G to 4G) there is always a significant increase in energy consumption, but this is not due to increased data flow, rather it’s from new equipment being added to the network, argues Bansal.

How does 5G’s energy use compare to 4G?

When comparing energy use numbers, it’s important to note that the industry standard is the number of bits transmitted per joule of energy used.

Chris Bronk, assistant professor of computer and information systems at the University of Houston explains, “having an efficiency metric to work with is useful as electricity costs in providing mobile phone [and] data service represent about 70% of the bill.”

5G is projected to increase total network energy consumption by 150-170% by 2026, and a study by 451 Research found that 94% of polled telecom companies expected their energy costs to increase as a result of 5G rollouts.

“We’re paying for the power, we’re paying for the higher power supply, and we’re paying to move the heat away into a giant block of aluminium serving as a heat sink,” says Earl McCune, a professor in the electronic circuits and architectures group at Delft Technological University (TU Delft) in the Netherlands.

So while it is true that the per bit energy use is lower in 5G, the higher number of bits moving through a 5G system still means 250% higher overall energy demand compared to 4G.

A key point to remember is that the vast majority of energy used in ICT systems is not actually used to transmit data, but is wasted through heat loss, idling, and other inefficiencies. The components comprising the digital core of the ICT network – switching and data centres – are idle about 72% of the time and 57% of network power demand comes from cellular base stations.

The crux of the problem has to do with how current ICT systems are set up and the design of various components. “The problem is that the communication industry, in general, has pretty much focused on trying to maximize the number of bits that can be transmitted per second. Very little attention has been paid to the energy efficiency that goes along with that,” explains McCune.

This gets even worse for 5G networks running on 4G hardware and using millimeter-waves: these setups have just 1% energy efficiency, which is worse than old-fashioned incandescent light bulbs.

Economic pressures will curtail the spread of 5G systems if nothing is done to improve these efficiency ratings. Bronk notes that “carriers can’t afford massive new power costs and will not deploy technology they cannot afford to operate.

The development time for large and complete 5G networks will not be overnight […] but out of control energy consumption growth is not in the cards.”

Wireless communications have to be updated for the 21st century

It is not that 5G is so woefully inefficient, something which would have made the technology dead on arrival, rather it is ill-suited to the prevailing wireless paradigm that we have been using since 1915, says McCune.

When it comes to wireless transmission, we have been using the same play book for over 100 years, where we start off with a very low power signal which is then amplified to a communications-useful power level for widespread dissemination.

The problem is that to ensure linearity (basically that the high-power signal is a faithful representation of the low-level input signal) in all circumstances, amplifiers operate well below their maximum output level for most of the time.

It’s like using speakers to increase the volume of music – if you crank the speakers too high, you’re going to blow them out and suffer feedback (and tinnitus), making the original signal (the song) unlistenable.

“In order to reach the 5G energy efficiency goal, all links in the communication chain need to be overhauled.”

Linearity limitations have played a key role in diminishing energy efficiency in each successive generation. McCune says you can get around this “if you have a sampling-based system using square signals, Ohm’s Law then says you can be as efficient as you want it to be, bringing the efficiency of amplifiers up to 70%.

This is a huge improvement, just by letting go of linearity and changing the circuitry. And we don’t have to touch the signal standards themselves.” The problem right now is that there is no textbook on how to do this at communications-useful power levels; this is what McCune and others are working on.

5G wireless cells are advertised as being able to automatically shut down when no data is being transmitted, which can shrink base station energy use by 40%. This is good, but the supporting hardware needs to be updated in order to fulfil this promise.

The logic components in a computer switch change a million times faster than those that power supplies currently use. This means to have immediate performance, ICT systems should be left running all the time, which wastes a lot of energy.

McCune explains that we can already build power supplies that respond in less than one microsecond, but computing chip providers have designed their chips to interleave logic circuitry with some memory, so if you switch off the power you also lose part of the system’s memory.

Changes to chip architecture that separate logic from memory would reduce computing power consumption by a factor of four, saving millions of dollars. This shows the need for greater inter-industry collaboration and dialogue, because “in order to reach the 5G energy efficiency goal, all links in the communication chain need to be overhauled.” 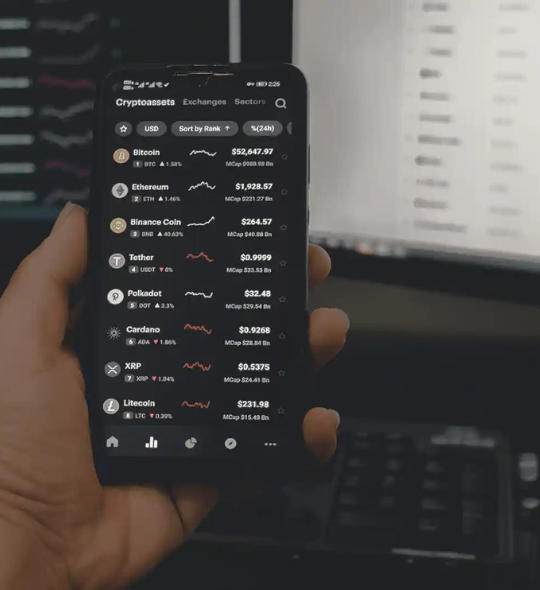 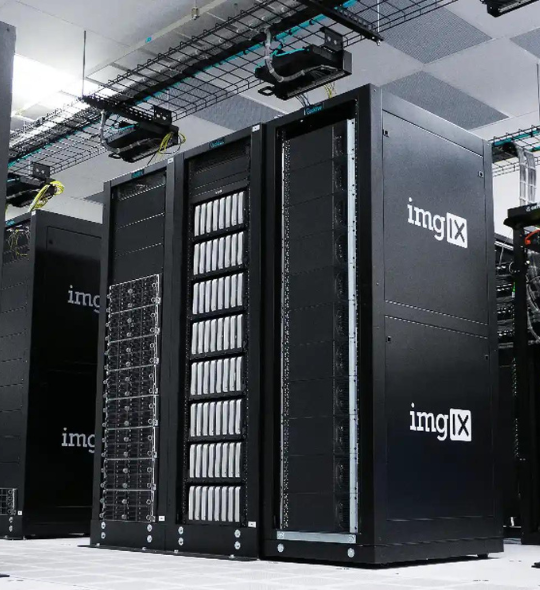 The ABCs of data centre energy use