Since its debut during the dark days of the Great Recession, Bitcoin has never lacked for its share of vocal detractors and loyal acolytes. Arguments over the cryptocurrency’s efficacy, practicality, and user base, have been joined by disagreements over Bitcoin’s energy consumption.

Specifically, the meteoric rise in Bitcoin’s value (from circa $19,000 in mid-December 2020 to over $55,000 two weeks into March 2021) has prompted more miners to join the fray, with an attendant spike in energy use.

Recent reports that Bitcoin’s energy use has surpassed that of Argentina or the Netherlands have only added fuel to alarmist rhetoric about the cryptocurrency.

Far be it from this article to attempt to explain the workings of Bitcoin and the particulars of the fintech and cryptocurrency sectors. Instead, let’s look at the competing narratives surrounding Bitcoin’s energy use and what we can glean about the crypto vis-a-vis the energy sector. Bitcoin’s energy consumption rose from 6.6TWh at the beginning of 2017 to 87TWh by October 2020.

By early 2021, Bitcoin’s global energy use was estimated at 121TWh, but these numbers are not set in stone. Firstly, analysis by Digiconomist argues that you could boost Bitcoin’s energy use numbers by an additional 50% to account for the energy needs of all cryptos (of which Bitcoin is the largest and most famous).

Bitcoin’s theoretical energy use estimates span an order of magnitude, namely between 41 and 441TWh (assuming a per kWh price of $0.05), according to the Cambridge Centre for Alternative Finance.

The lack of clear data from China, which is home to around 70% of the world’s Bitcoin miners is another factor muddying the waters. Also the impact from the unknown number of illegal mining operations is not known, with Iran going so far as to blame illegal Bitcoin miners for grid outages in January 2021.

Whether Bitcoin provides a convenient scapegoat for Tehran is one question, and it would be unfair to single out Bitcoin as the main factor undermining Iran’s already battered grid.

How can mining be made more efficient?

From an energy standpoint, a key consideration regarding Bitcoin is to what degree mining can be made more energy efficient.

Data centres have shown that significant improvements in efficiency can come about at the same time as substantial boosts in processing capacity; however, there are concerns that the demanding number-crunching that underpins the Bitcoin network necessitates a nation-sized energy appetite.

Bitcoin miners use computer banks to solve increasingly complex math problems for a chance to be rewarded with Bitcoins in payment for providing their computing power to the network. “It is really by design that Bitcoin consumes that much electricity.

This is not something that will change in the future unless the Bitcoin price is going to significantly go down,” argues Michel Rauchs, a researcher at the Cambridge Centre for Alternative Finance.

The complexity of the processes needed to generate tokens is part of Bitcoin’s DNA, and as such while Bitcoin operations may be able to shift to greener generation, the amount of energy consumed may have nowhere to go but up. “Bitcoin is literally anti-efficient,” says David Gerard, author of Attack of the 50-foot Blockchain.

Supporters of Bitcoin argue that if you aggregate other sectors of the economy you will also get an energy profile akin to entire countries. Bitcoin accounts for 0.59% of global energy demand, or around 120TWh, but some estimates of the impact of the global banking sector are equally high, at around 140TWh.

And DigitalMint COO Don Wyper points out that the energy demand from the global gold mining industry is similar to Bitcoin’s at 131.9TWh. So it seems that aggregating different economic sectors can produce similarly eye-watering demand numbers as Bitcoin’s far more publicized data.

Bitcoin’s energy use is similar to that of Ukraine, but while Ukraine’s GDP is $150 billion, the value of Bitcoin is $940 billion, so in this instance Bitcoin boasts a higher amount of wealth generated per TWh used. That being said, just as supporters of Bitcoin bristle at comparisons to countries which paint the crypto in a bad light, so too must we be careful not to do the same when such comparisons fall in Bitcoin’s favour.

At this point the question becomes not how much energy Bitcoin uses, but how its energy use compares to existing payment systems based on the amount of money in circulation.

Obviously, the argument for using one payment method over another has to take into account the value of transactions that can be processed per unit of energy used. Stephen Barbour, owner of Upstream Data – which uses natural gas vented from oil wells to power Bitcoin mining operations – explains that:

“Interestingly, we observe in bull runs when the bitcoin price is spiking [that] the value settled per megawatt-hour increases, which would be due to the fact that the price and network demand is spiking while mining hashrate and energy usage lags behind. We can see that at the peak of the 2017 bull run the value settled per megawatt-hour reached $250,000 USD!”

Globally, around 100 million people use and own cryptocurrencies, with Bitcoin having a 61% market share. Bitcoin’s roughly 61 million users undertook 400,000 transactions each day by early January 2021, so using that as a rough baseline, this would equate to 146 million transactions per year.

In comparison, as of January 2021, there were 1.14 billion Visa credit cards in circulation, and the company processed 138.3 billion transactions in 2019. All these transactions amounted to only 0.2TWh, meaning one Bitcoin transaction uses (on average) the same amount of energy as 606,125 Visa transactions, according to Digiconomist.

In other words, one Bitcoin transaction uses enough power to supply an average US household for 24 days.

Any discussion on Bitcoin’s energy use would be incomplete without looking at the environmental impact of the crypto’s operations. While there are obviously massive differences in carbon intensity based on where a mining operation is located (711g of C02e per kWh in China versus 13g CO2e per kWh in Sweden), the average Bitcoin transaction produces 340kg of CO2e, equal to 71,320 hours of video streaming on YouTube.

By comparison, Digiconomist calculates that one Bitcoin transaction produces the same amount of CO2e as 948,419 Visa transactions (as per data from April 12th, 2021). That said we have to remember that VISA is not perfectly representative of the global financial system, yet the contrast with Bitcoin remains stark.

“[…] miners can utilize 100 percent of overproduction as they are continually seeking cheap energy.”

Bitcoin miners tend to congregate where energy is cheapest, as electricity is their largest expense. Total annualized Bitcoin mining income amounts to $22.47 billion, with $4.89 billion in electricity costs (assuming a fixed rate of $0.05 per kWh) accounting for 21.77% of total income (as per data from April 12th, 2021).

For those seeking to reduce Bitcoin’s carbon footprint, countries like Iceland and Norway, whose grids are almost 100% renewable (and whose subarctic climates reduce cooling costs) are attractive destinations.

Accessing enough cheap renewables is therefore key for miners seeking to de-carbonize. According to the Global Cryptocurrency Benchmarking Study, 76% of surveyed miners included renewables in their energy mix, up from 60% in 2018. Of these, 39% reported that all the energy used by their operations stemmed from renewables.

Bitcoin supporters have also argued that mining operations can add value to otherwise surplus electricity, with the anonymous founder of Pylon Finance, a large US mining operation telling Forbes that, “companies often rely on miners to utilize unused electricity – especially during the pandemic.

Hydro companies in Washington and Canada for example, practically give away electricity due to excess production and low utilization […] Energy companies strive to produce electricity based on demand but miners can utilize 100 percent of overproduction as they are continually seeking cheap energy.” 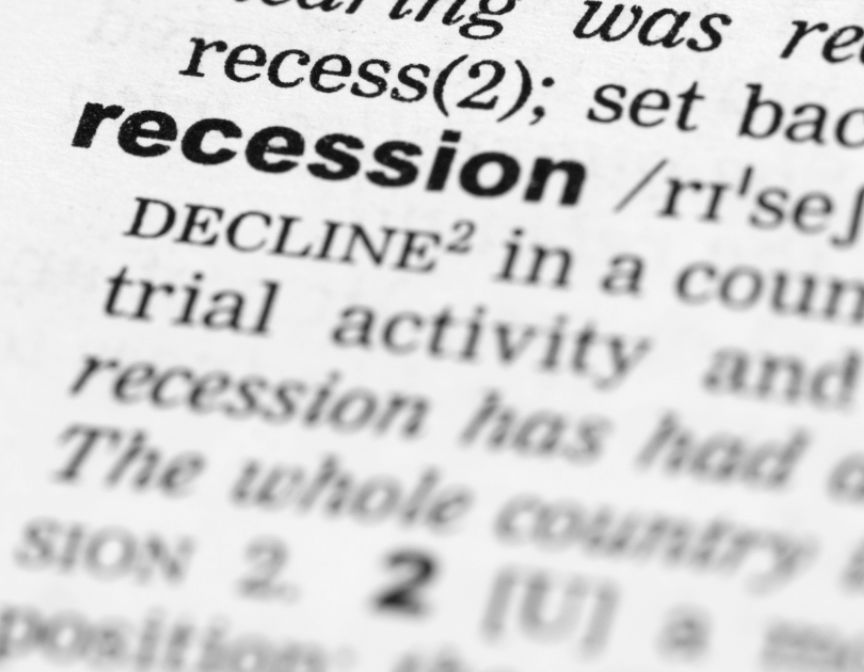 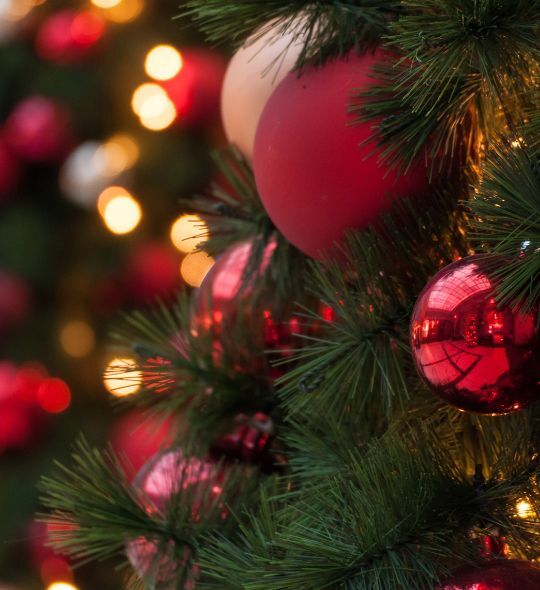 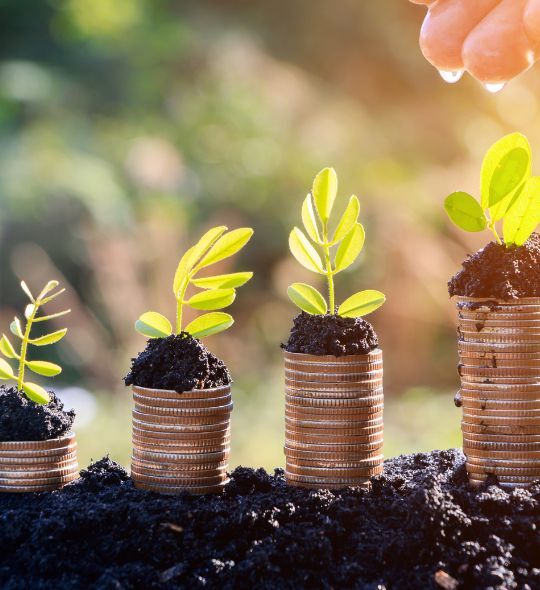 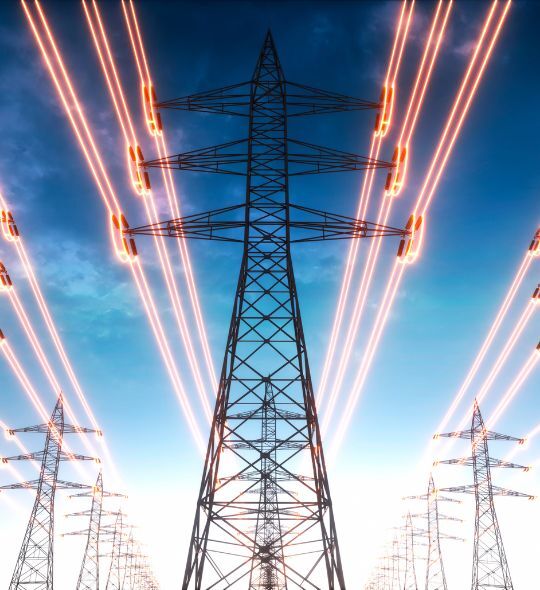